The Egyptian Museum (located in Cairo) is the national museum of Egypt that houses over 120,000 artifacts. Having visited the museum in 2004, I walked away not amazed at what I saw, but heartbroken by the way things were presented. So I started a nonprofit organization and moved to Cairo, Egypt to do something about it.

“Earlier this year, Egypt’s Supreme Council of Antiquities approved The Egyptian Museum Graphic Improvement Project, an exciting new initiative to improve the experience of visitors at the famed Egyptian Museum in Cairo.  As we begin to face the enormous challenge of modernizing this great institution, we are fortunate to have the support of Graphic Change, an American nonprofit organization.”
—Dr. Zahi Hawass, Head of the Supreme Council of Antiquities
THE PROBLEM

This museum had incomplete and inadequate signage for their collections and facilities as well as individual labeling, in addition to no brochure, or updated maps. 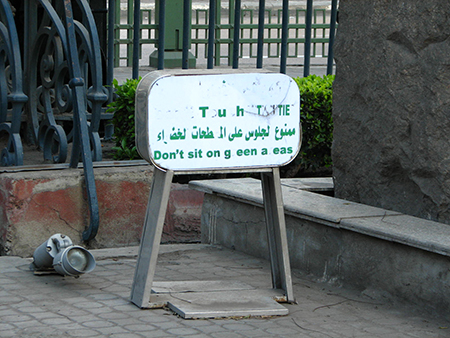 If you’ve ever been to Egypt, you’re well aware that there is so much to see that you are constantly breezing by every place you’re lucky enough to squeeze in. So when you get to the museum, you really need to know what pieces/collections you want to see most and where they are located in order to ensure you get to them. Without a brochure, cohesive signage system, or labeling to tell you what you’re looking at, most people aren’t able to get the most out of their visit and be able to fully appreciate artifacts left behind by one of the most amazing civilizations that ever lived.

The reason behind the lack of information is funding. The museum generates millions of dollars every year, in which the Supreme Council of Antiquities collects and manages. Unfortunately, they give the museum back less than 1% to pay for salaries, utilities, maintenance, and all other operational costs...which leaves the museum in the condition it is in.

Designing a signage system that would not only be legible to people from all over the world who spoke all different languages, but would blend in with the museum itself, and be easily updated.

For the brochure, the museum had not updated their maps in decades, so there was no reliable map to work with.

The other challenge was how to fund the project.

To address the challenge of accommodating many languages, I took inspiration from the ancient Egyptians themselves, using their successful method of communication; hieroglyphics. 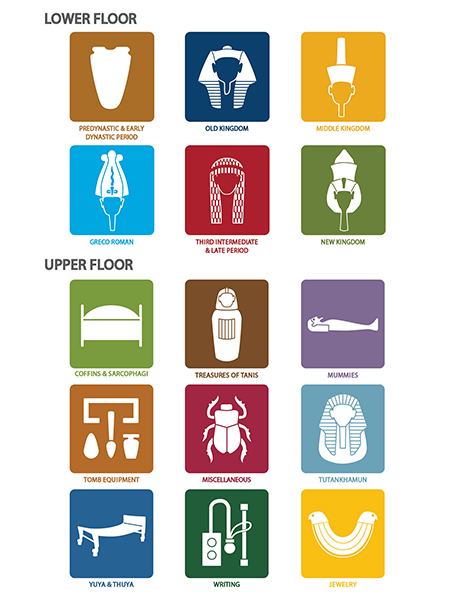 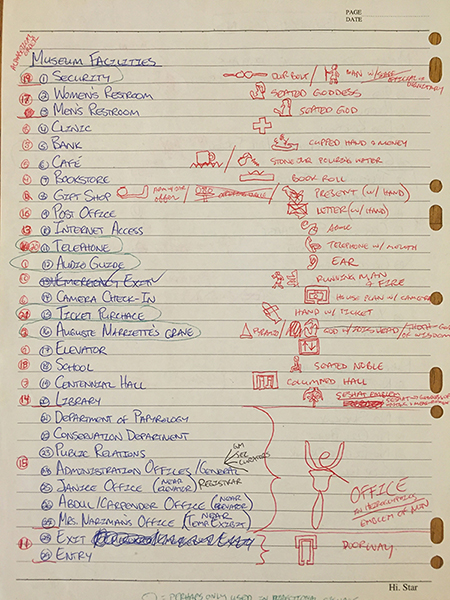 No matter what language you speak, for the most part people can decipher images to understand what is being conveyed. So I used English, Arabic, and a form of hieroglyphics for the signage system, and tested the legibility with visitors.

Knowing that the museum was built by the French in a Neoclassical style, I ended up choosing corian, after researching various types of possible materials and meeting with vendors. Corian resembles both the marble used in Neoclassical architecture, as well as granite, which the ancient Egyptians used to build most of their temples and structures. Corian was also used because of it’s durability, and each sign attached to the wall using a structure that would easily allow signage replacements/updates with a click and lock/unlock feature. 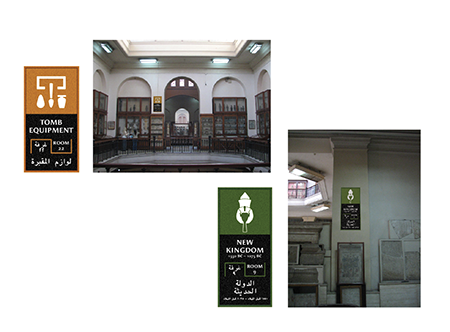 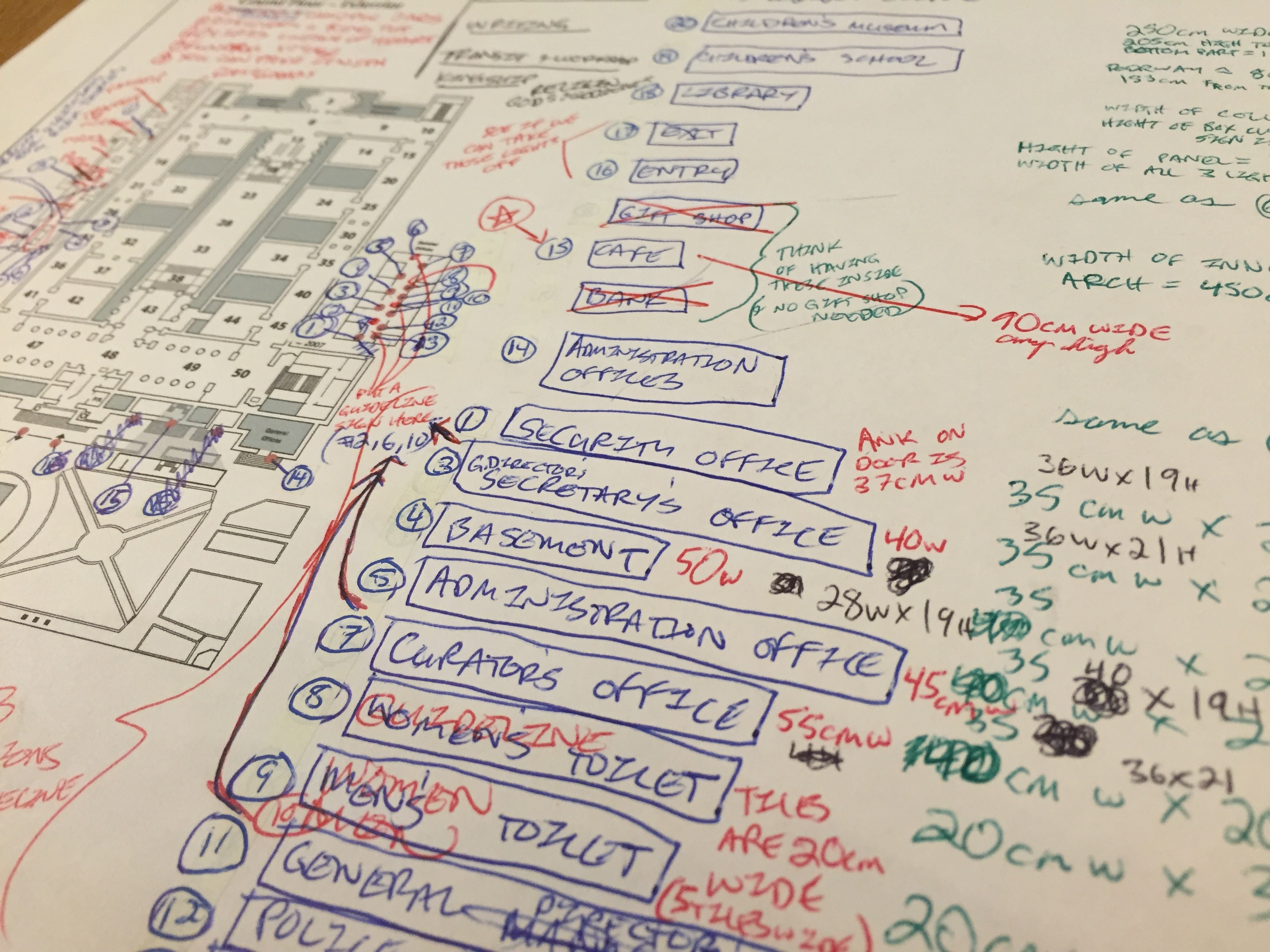 Not having an updated map to work with, I measured the entire museum and illustrated a new map from scratch. These maps were also later used to officially catalogue the antiquities. 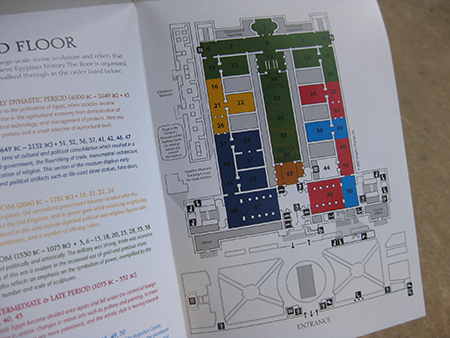 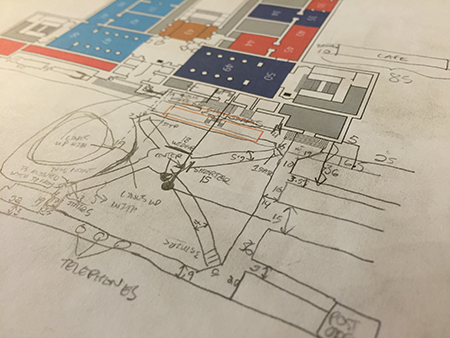 Without any funds, I worked with the Supreme Council of Antiquities and understood the needs of various companies in Egypt to create a successful sponsorship structure that would support the cost of implementing the project. 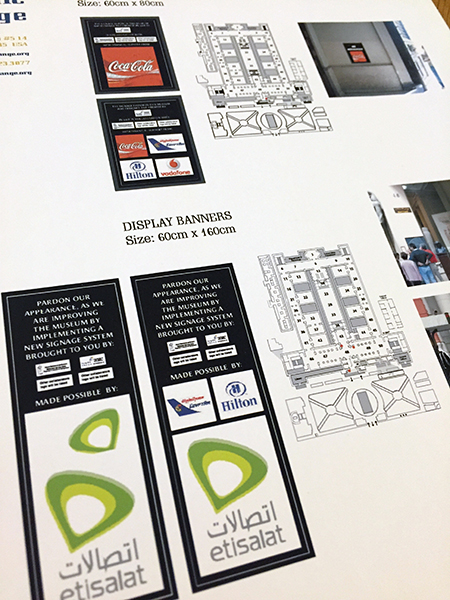 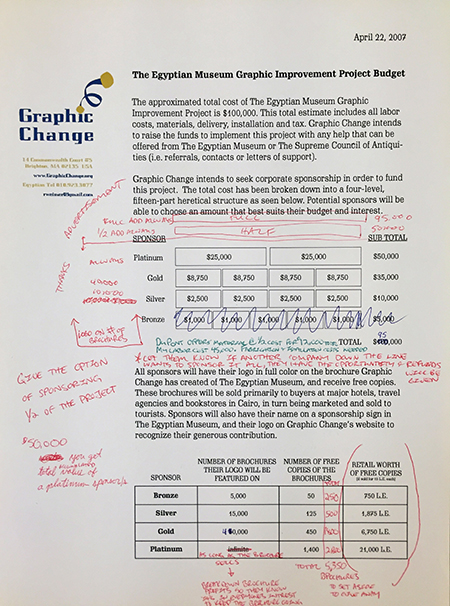 Learning how little funds the museum has to work with, I came up with the idea to sell the brochure for the equivalent of $1 USD where they sell tickets to not only help cover the cost of maintaining the project, but also for other needs in the museum. $1 USD may not sound like a lot, but approximately 5,000 people visit the museum everyday. 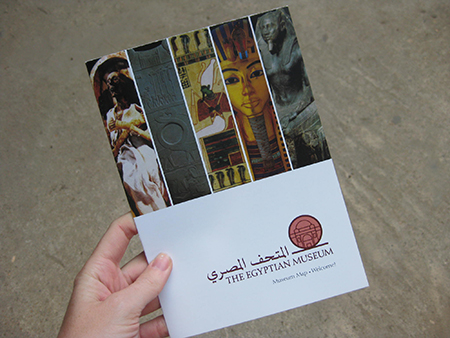